NEW RULES THIS EDITION! READ THIS!!!

But you also have to televote in one other semi final.

But feel free to televote in all semi finals!

In the Grand Final it will be 50% juryvote and 50% televote. (This can be changed) 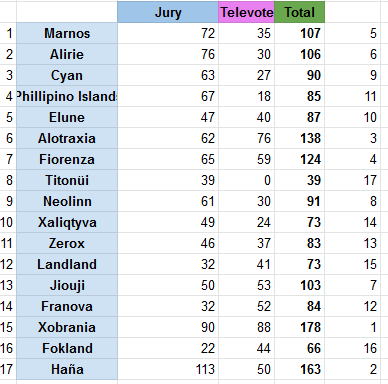