The Republic of Rhosỳna, commonly known as Rhosỳna, is a sovereign country in eastern Meridis. Located just north-west of the island nation of Epral, west of Sutru and shares one land border with Violía to the west. It is home to more than 5 million inhabitants in 2018, being one of the least populated countries in Meridis.

The capital of Rhosỳna is Talyuchaf which is located on the east coast of the country. Being an important trade hub, it has a urban population of 853,291. Other major urban areas of the country include: Porthreath, Llanfair and Nantgarw.

Rhosỳna existed as several city states and petty kingdoms before unifying into the modern-day Democratic Republic.

The many different petty kingdoms and city states in the Rhosỳna region merged into a single state in 1797, Talyuchaf was declared as capital city due to it's geographic location and it's wealth as a city state. A noble house in the region ascended to the throne as the nation's monarchy, it would rule over Rhosỳna for the next 153 years. Throughout this period, there was peace and prosperity throughout the country.

In 1957, after seven wars of civil war; The Royal Family was forced off the throne after over 150 years being on the throne and was exiled to somewhere on the other side of the world. Rhosỳna converted into a democratic republic thereafter, with the first elections taking place in 1959.

On the 28th September 2018, Rachel Swindler was appointed as the 17th president of Rhosỳna and immediately deported Angela Rummans citing that 'There is something wrong with her'. Under Swindlers presidency, she pushed the country into becoming a founder member of the Meridiric Union. Elsewhere, she has endorsed the independence of Menaphos, straining relations with Titonüi, a move unpopular among the people of Rhosỳna. 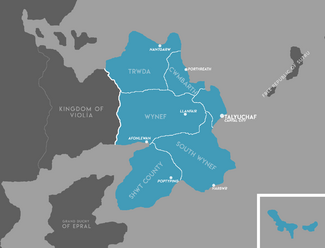 Rhosỳna is split up into six different administrative regions, in addition to multiple autonomous regions. 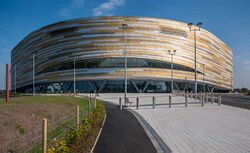